In 2017 YES Theatre made a commitment to the development of new musical theatre works, offering financial and dramaturgical support to artists in creating and developing the first draft of a new musical. Ideas that exemplify the most potential will be awarded an $8,000 commission to cover a 6-week writing period, and private reading.YES has developed a unique art form, merging together the ideologies of professional and community-based practice. This process has allowed us to cultivate a robust community of artists whose varied experiences and perspectives create a unique ecology on our stages.

THE NEW WORKS SELECTED PIECES ARE…

Music and lyrics by ANTON LIPOVETSKY, book by SARA FARB

The father of seventeen-year-old Megan disappeared a couple of years ago and even though Megan knows he left because he sucked, some people in town, including her younger brother Jason, think he was abducted by aliens. Then one night, while trying to contact their dad, Jason disappears too, and as Megan tries to uncover what happened to him, she starts realizing that maybe her brother might have been onto something. Way Out There is an alternative rock musical set in 1990s small-town Canada about belief in the unknown and the search for belonging. 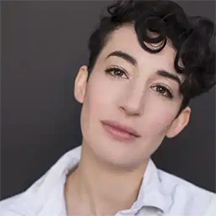 Sara Farb’s acting credits include Delphi in Harry Potter and the Cursed Child on Broadway; five seasons at the Stratford Festival, where she played Juliet, Anne Frank, Cordelia, Mary (The Last Wife, The Virgin Trial), Petra (A Little Night Music), Lucy (The Lion, the Witch, and the Wardrobe), Constance (She Stoops to Conquer), Cherry (The Beaux Stratagem), Jessica (Merchant of Venice), others; Medium Alison in Fun Home (Musical Stage/Mirvish, Dora nominee, TTCA winner); Brigid in The Humans (Canadian premiere at Citadel/Canadian Stage); productions at Soulpepper, Theatre Calgary, Tarragon, Theatre Passe Muraille, Segal Centre, YPT and others. Sara’s one-woman play, R-E-B-E-C-C-A, was produced at Theatre Passe Muraille. She wrote the book for Kelly v. Kelly, a new musical, with music and lyrics by Britta Johnson. It received the Tom Hendry award for outstanding new musical in 2020 and was a part of the Johnny Mercer Fund Writers’ Colony at the Goodspeed Opera House. 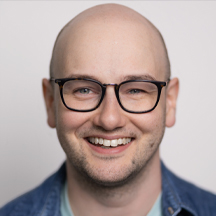 Anton Lipovetsky is a theatrical composer, lyricist, performer and teacher based in Vancouver, Canada. He is currently holding a three-year position at Toronto’s Musical Stage Company as part of their Crescendo Series. This year, two of his upcoming musical collaborations, Cowboy Tempest Cabaret and Monoceros, were nominated for a Playwright’s Guild of Canada Tom Hendry Award. Other musicals he has collaborated on as a composer and/or lyricist include Blackout (Musical Stage), Joseph Jacket Multi-Mask (Sheridan), This Is It (Nashville Children’s Theatre), Elbow Room Café (ZeeZee Theatre), Best Laid Plans (Touchstone/Patrick Street/Tom Hendry Nomination), cool beans (Solo Collective) and Broken Sex Doll (Virtual Stage/Jessie Award). Anton is a graduate of the Studio 58 Acting program and the Stratford Festival Birmingham Conservatory for Classical Theatre.

Music by ADAM ROTHENBERG, book and lyrics by HEESUN HWANG

During one of the hottest summers on record, a town is suddenly devastated by wildfire. Embers and ashes quickly upend quiet life for the town’s inhabitants, forcing the community to face uncertainty like never before. Fueled by the belief that there is good around us, Renewal is a story of the importance of compassion and community after incredible devastation. 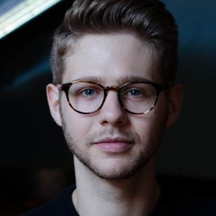 Adam is a pianist, music director and composer based in New York City. He is currently the Assistant Conductor of the Broadway revival of Company and was the Associate Conductor of the 2018 national tour of Miss Saigon. Other recent theatre credits include Chicago, Miss Saigon (Broadway), Sweeney Todd (Off-Broadway), and West Side Story (Philadelphia Orchestra). As a classical pianist, he has performed at Carnegie Hall, the Kennedy Center, the Tanglewood Music Center and Lincoln Center with the New York Philharmonic. He holds a Bachelor of Music degree from Northwestern University and a Master of Music from the Juilliard School. 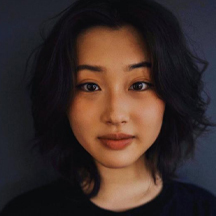