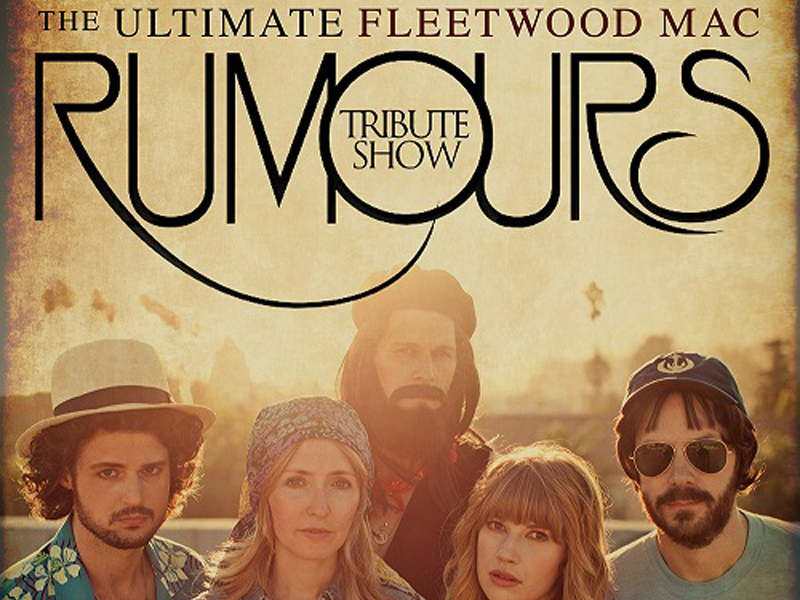 VaughnCo Entertainment is proud to present a return engagement of Rumours, The Ultimate Fleetwood Mac Tribute Show based in Los Angeles, California. The group recreates the legendary band in it’s youthful heyday from 1975-1979.

“It’s been said imitation is the sincerest form of flattery. I say THANK YOU!”- Richard Dashut, Record Producer – Fleetwood Mac albums including Rumours, Tusk, Live, Mirage, Tango In The Night and Time.

After finding huge success in Los Angeles, selling out their regular Roxy Theatre performances month after month, the band moved from the world famous Sunset Strip to casinos, theatres and clubs all over the United States and Canada.

Rumours has meticulously put together a show that spares no detail. From period accurate equipment and costumes to spot on characterizations and musical performances, Rumours takes you back to a time when music was still an unbridled cultural experience and bands weren’t afraid to put on a show.

Watch more about the show by clicking HERE. 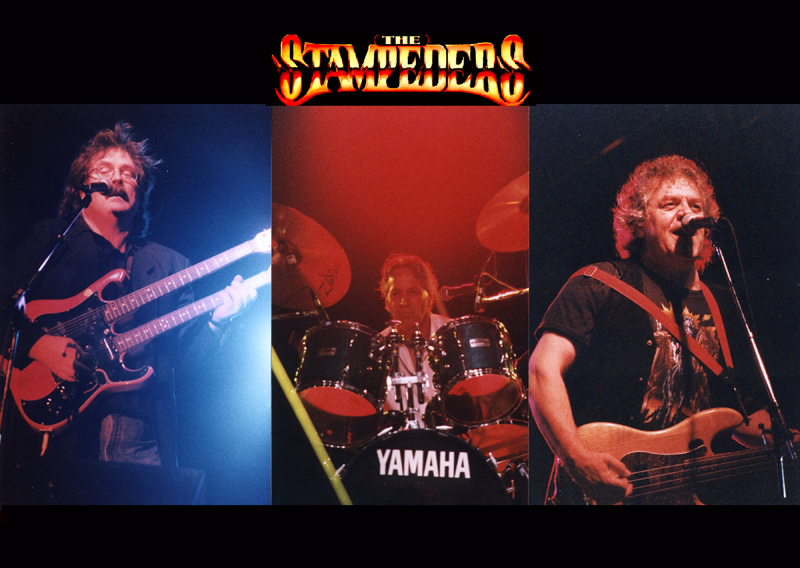 THE STAMPEDERS IN CONCERT
CELEBRATING 50 YEARS

“They’re on their way to the city lights,”… and the predominant Canadian rock ‘n’ roll band of the 1970s – The Stampeders – are bringing along all their classic hits: Wild Eyes, Carry Me, Oh My Lady, Devil You, Monday Morning Choo Choo, Minstrel Gypsy, Hit the Road Jack and, of course, the quintessential Canadian – and Hall of Fame – song, Sweet City Woman! A veritable soundtrack to a whole generation that will “carry you home”… maybe not to Birmingham… but back to a time of tie-dyed t-shirts and elevator shoes, 15¢ coffee and homemade apple pie, dating and dreaming. By the time The Stampeders get to the first chorus of the first song, everyone will be singing along.

No seventies group represented Canada’s musical identity to the world like The Stampeders. A quick look at Canada’s music scene from 1971 until 1976 confirms The Stampeders were truly the country’s international musical ambassadors, touring more extensively in Canada and overseas than any other Canadian group during that time.  In 1977, the trio of Rich Dodson (lead guitar), Kim Berly (drums) and Ronnie King (bass) parted company but reunited, fittingly at the Calgary Stampede 15 years later in 1992. Since then they’ve been recognized by SOCAN for their Lifetime Achievement, been inducted into the SOCAN Songwriters Hall of Fame on five occasions and the Canadian Songwriters Hall of Fame for their 1971 seminal hit Sweet City Woman.

The enduring musical legacy of The Stampeders, celebrating 50 years… “better catch a noon train, better get there for a rock ‘n’ rolling good time!”

Reserved seating tickets for The Stampeders are $66.50 (tax and facility fees included, service charges may apply), go on sale Tuesday 3 DEC and are available from the STC DiBrina Box Office. For more info on tour dates, pics and music clips, visit www.shantero.com or www.stampeders.net.

Do you have an event coming up? Let STC handle all of your box office needs including in-person, over-the-phone, and online ticket sales, as well as front of house and off-site staffing and support.